Have you tried my protein sparing bread?

I have been eating my protein sparing bread for more than a decade and have made so many variations of recipes using it and I wanted to share with you my very special recipe making protein sparing cinnamon rolls! 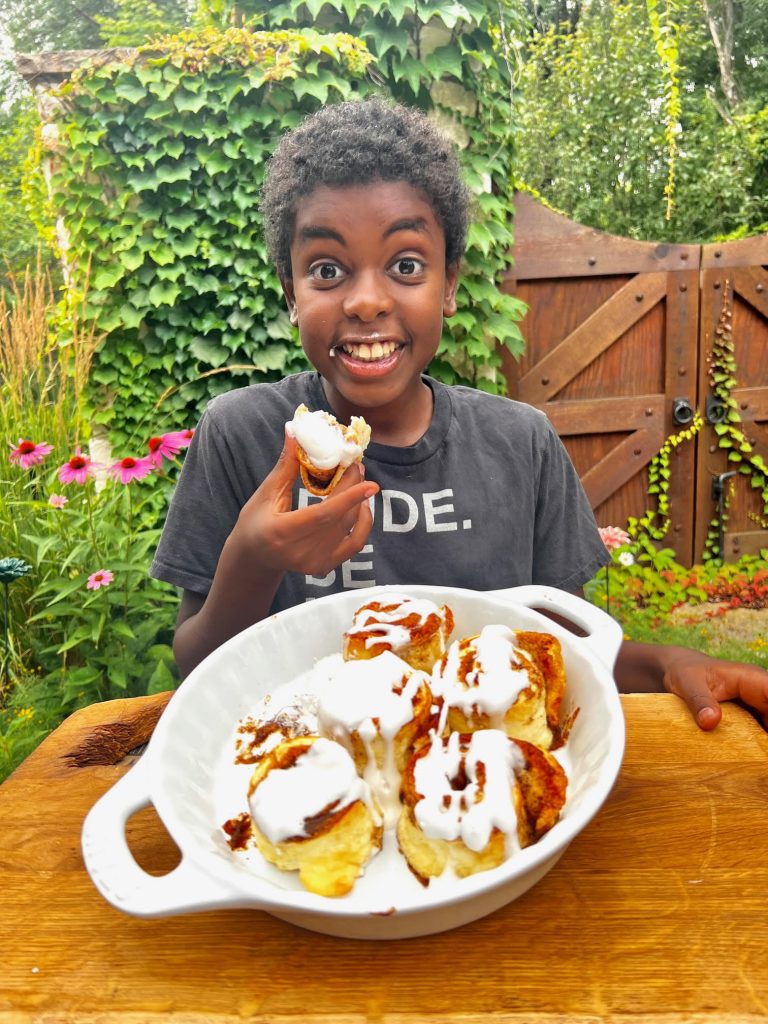 WHERE THE IDEA FOR PSMF CINNAMON ROLLS RECIPE CAME FROM

So guess what??? I would make extra cinnamon rolls to make sure I had some to go home with! I ate so many cinnamon rolls, it was unreal; which is also why I was so unhealthy and overweight! Once I was diagnosed with PCOS, I decided to create healthy keto recipes of my favorite things like these protein sparing cinnamon rolls!

Allulose is a natural sweetener with zero calories and has no impact on blood sugar. Many people prefer this as their keto sweetener because it tastes just like sugar!

If you or your kids are sick of eggs for breakfast but you want to find ways to get in your protein, you must pick up Wholesome Yum Allulose and make delicious recipes like my Protein Sparing Cinnamon Rolls!

I love Wholesome Yum allulose products for many reasons!

Not only does Wholesome Yum create the best quality sweeteners without harmful additives like some brands, they are also a kind small family-owned business. You all know I love supporting small business!

If you want to watch Kai make these delicious protein sparing cinnamon rolls, subscribe to our new YouTube Channel to get updated when the video comes out which will be in a day or two, and comment below on what video recipe we should make next! 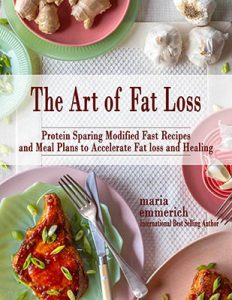 If you like this Protein Sparing Flan recipe, you can find many more protein sparing recipes in The Art of Fat Loss! Click HERE to find!

I halved the ingredients and rolled the PSMF Cinnamon Rolls just like my Caramel Rolls.

Spread the protein sparing bread mixture onto a baking sheet lined with greased parchment paper. Bake at 325 for 5 minutes or until just cooked through (NOT browned at all).’
Meanwhile make the filling mixture by placing all the ingredients into a small bowl and stir well to combine.
Remove pan from the oven and use a knife to spread with the filling mixture. Use a pizza cutter to cut into 6 strips (cutting from the longer end of the baking sheet). Roll each strip into a roll. Set the rolls into a greased 9 inch pie pan.
Place back into the oven for 10 minutes or until golden brown.
Meanwhile make the frosting.
Remove the PSMF cinnamon rolls from oven and allow to cool a bit before topping with the frosting.

“Ok well this is my 4th post today.  I’m sorry, but I’m so excited I’m crying!  I mentioned before that I have been keto/ carnivore for 3 years.  I felt amazing but my weight-loss was stalled for the last two years and I couldn’t reach my goal.  That’s a long frustrating stall.  I thought I was doing everything right and working so hard at it.  When I started Maria and Craig’s way I broke my stall!

Focusing on eating enough protein and lowering my fat has made me more satiated than ever in my life.  I can’t believe I’m now one of those people that just isn’t hungry.  I’m so over joyed to not be the hungry girl anymore and I know I will reach my goal now.

Thank you so much Maria and Craig!!!  You are both changing the world in big ways and saving so many lives ️” – Katie 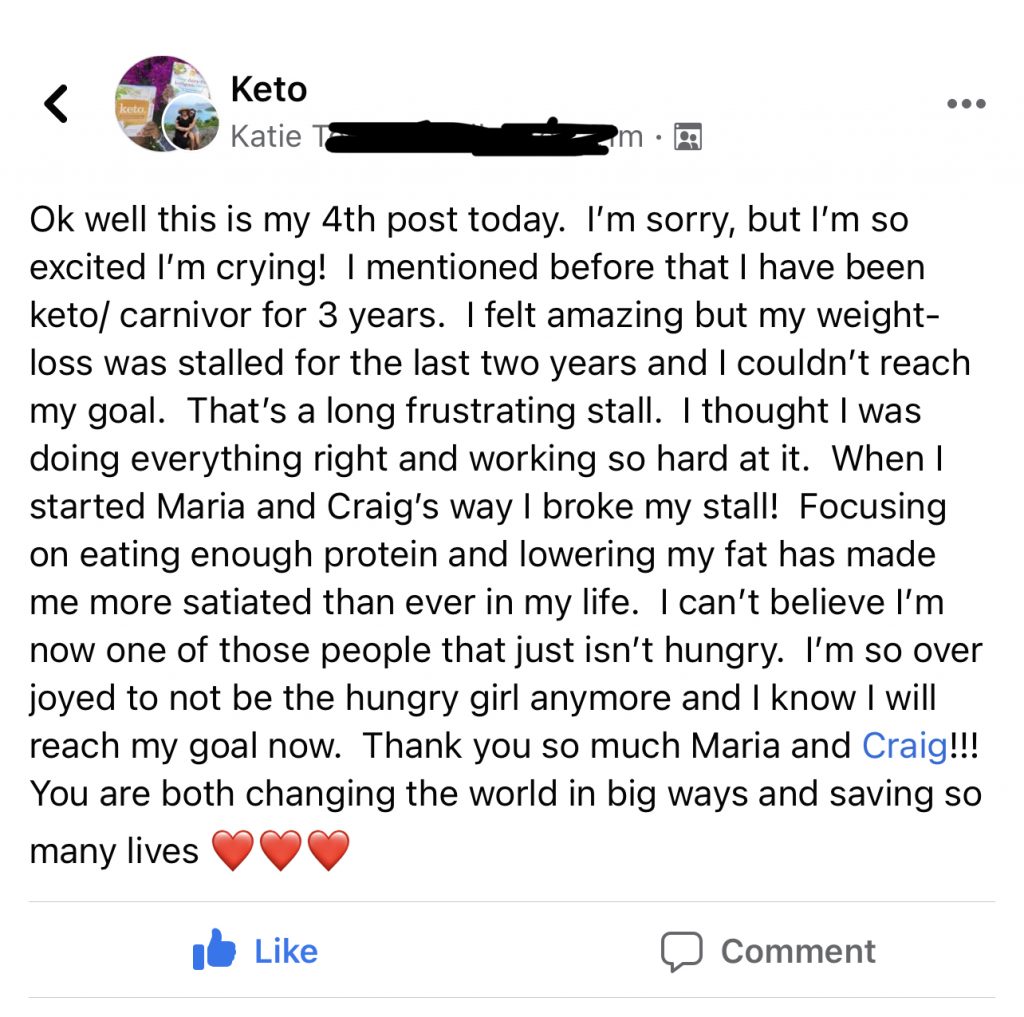