“Hi Maria! I’ve been putting off doing this for a while but finally decided its time to share! After 10 years of struggling with my weight due to the effects of enduring chemo for breast cancer, I was frantic to find answers. I don’t know how I stumbled upon your blog, but it has worked wonders for me.

You can see the left photo I was very pasty, puffy, and miserable! About the same time (one year ago) that I decided to follow your plan, my husband was having extreme digestive issues, he’d had ah Pylori, was unable to sleep at night due to bile and acid problems-no matter if he ate a banana or pizza! He was about to go on a special diet to try to remedy his problems as Prevacid and every other rx was doing no good at all. The problem was, everything his “new” diet proposed, was completely opposite from what I had been reading about and was preparing to try. I asked him to do one thing for me first. That was to try this “other way” (“Maria way”) for 2 weeks to see what would happen. I told him I’d be happy to prepare his meals separately if necessary but if he would please give this a try first.

He agreed and his heartburn and indigestion went away within 3 days!!! He has never turned back!!! He dropped 30lbs quickly-he wasn’t overweight but now he looks great! It took my body a bit longer to acclimate and begin the fat burning process but I did not give up. I kept hard at it, as well as exercising faithfully.

By week 8 I began to see some changes. My clothes began to get loose, and by month 3 I had lost 20lbs. The photo on the right is me 3 months into this change. I was thrilled. I will never ever go back to that old way of eating…and I love it when you post the question about what some of the worst questions or comments we get from people-it never stops! But that will not deter me from my plan. My 16-year-old daughter does not need to lose weight but she has embraced this way of eating and now I am working on my three younger children. (A little more difficult) I have breakfast and dinner down, just mastering lunches and snacks!!!” – Kari

If you want to get started on your “after” photo, click HERE. The 30-day meal plans will help you take the planning out of how to get the perfect keto ratios in your meals. 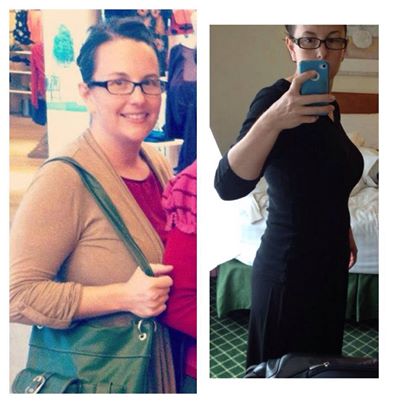 Did you ever wonder why it is easier to gain weight as compared to keeping it off? The key to this is in the fat cells where a powerful hormone is produced called leptin. Leptin signals the brain to regulate the metabolism in order to store or to burn fat.85% of people who lost weight, end up regaining weight because the “metabolic thermostat” of the body, leptin, is reset upward automatically. When people lose weight, leptin production decreases, which causes people to regain their lost weight. This protein hormone is derived from fat cells so when you lose fat, leptin levels drop. When you gain fat, leptin levels rise. Once leptin is secreted by your fat cells, it travels to the hypothalamus; which controls eating behavior. Once it’s there, leptin activates anorectic nerve cells, which decreases your appetite. At the same time, leptin stops cells from stimulating your appetite. To put it simply, when leptin levels drop, you get hungry. When they go up, you feel full. Leptin communicates directly to your brain, telling the brain how much fat is in storage. It controls appetite, energy, and metabolic rate. Leptin problems are the primary reason for food cravings, overeating, slow metabolism, food obsession, and heart disease. You’d think that having extra fat stores create more leptin, but that is where an interesting mystery comes into play. 98% of those who are significantly overweight are leptin-resistant. Most defects in leptin signaling may lead to obesity, overeating, and less energy expenditure. Leptin-resistance is similar to insulin-resistance in that it occurs after being overexposed to high levels of the hormone. At this point, the body no longer responds to the hormone. Much like high blood sugar levels result in surges in insulin, sugar metabolized in fat cells causes the fat to release surges in leptin. Over time, leptin-resistance may develop.

The best way to reduce your chances of diabetes is to avoid surges in leptin; which is the leading cause of leptin-resistance. Eating the typical American diet, full of refined sugars and other processed foods, is a guaranteed way to cause undesired surges. Focusing your diet on simple, unprocessed real foods is the best way to prevent leptin-resistance.

To read more on specific foods that turn Leptin on/off, go to page 157 in SECRETS TO A HEALTHY METABOLISM. There are charts on which foods to consume and food to steer clear of.

One food to help with leptin is protein. Protein improves leptin sensitivity, which lowers calorie intake by helping you feel full faster. Increasing your protein to at least 30 grams for breakfast and at least another 60 throughout the day. Choose quality proteins like salmon, grass-fed meat, free-range eggs, and a quality protein. 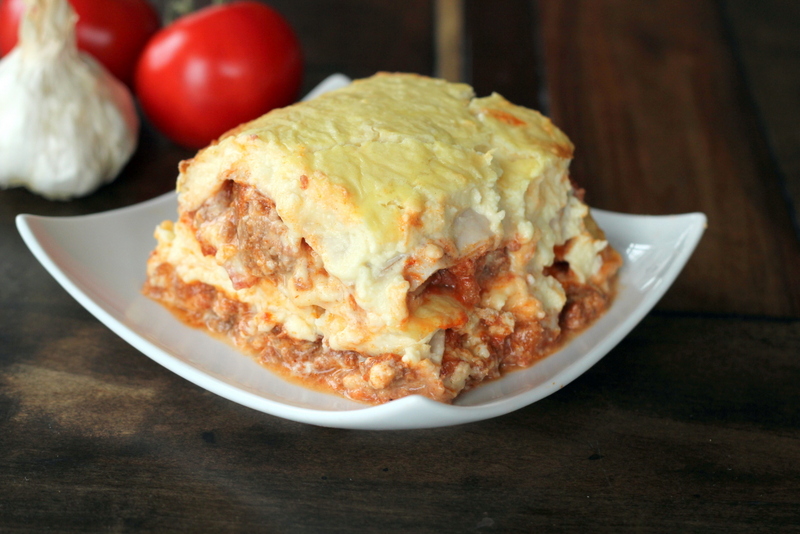 If you are looking for a great Mother’s Day present, there are awesome recipes like this in my book The Art of Healthy Eating Savory. Click HERE to order yours today! Thank you all for your love and support! 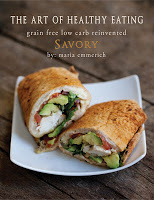 Preheat oven to 350 degrees F. In a Dutch oven, cook sausage, ground beef, onion, and garlic over medium heat until well browned. Drain out fat (otherwise, it will be too ‘soupy’). Stir in marinara sauce.

In a saucepan, heat the broth and soft goat cheese, whisk until well combined. Add in the shredded hard goat cheese and mix well. Remove from heat and cool slightly. Slowly whisk in the eggs (not too fast or you will get scrambled eggs).

To assemble, spread half of the meat sauce in the bottom of a 9×13 inch baking dish. Arrange chicken breast slices over meat sauce. Spread with one half of the goat cheese mixture. Top with a layer of chicken breast slices. Repeat layers, and top with remaining goat cheese sauce. Cover with foil: to prevent sticking, either spray foil with cooking spray or make sure the foil does not touch the cheese. Bake for 25 minutes. Remove foil, and bake an additional 25 minutes. Cool for 30 minutes before serving.  Makes 12 servings.