Testimonies of the Day

30 Day Accelerated Testimony WHILE TRAVELING: “So it’s now day 21 – just got back from a wonderful weekend at the sea. I didn’t feel self-conscious in my bikini, even though some bits are a little too wobbly for my liking – the toning and firming will take time! Best of all though, is that I had a cooler filled with food and ate lots of curried chicken, cabbage fried in masses of bacon grease, pork pot roast, and bacon grease and celery sticks whenever I needed a snack. I did not go hungry. I did not get all bent out of shape because other people were eating ice cream. Instead, I rolled along the water’s edge, covered in sand, getting dumped by waves, with seawater up my nose, in my eyes, in my ears…

This is miracle stuff Maria – I have not played in the ocean like this for FIFTEEN years!! The last time I was able to dip my head with impunity into the ocean, was in 1999! I have gone through a hundred kinds of hell with my sinuses for the last decade or so. Maybe it’s a little premature to start raving with joy, but ten days ago, I stopped squirting cortisone up my nose and so far I’ve had no stuffiness or headaches and this is huge. I used to be in awful pain if I got so much as a drop of water in my ears and was forever anxiously mucking about with earplugs which never worked. This weekend I simply removed my contact lenses (and hoped that I didn’t fling myself at some strange man, having mistaken him for my husband) and flung myself with childlike glee into the ocean. The biggest problem was making sure that my bikini remained on in the waves! Thank you, Maria!” – Lucrecia

30 Day Accelerated Testimony: “I have been following Maria closely for a couple of years now.  I adapted over time to her grain-free/sugar-free lifestyle.  It definitely didn’t happen overnight for me, but within the time it became an easy habit.  Last August I decided to purchase a package with Maria because I still felt there was a major missing link to my healing.  I knew I was eating pretty good, but I was still having a lot of issues: depression, anxiety, major cravings, sleep issues, a few extra pounds, etc.  I felt like there was something off with my hormones so that is what led me to purchase the package with Maria.  Once I purchased the package Maria sent me a long questionnaire to fill out online.  By the next day, she had gotten back to me with a detailed list of supplements to be taking. She also recommended some blood work to have done to test for deficiencies, etc. I ordered the supplements that day (warning-not cheap but so worth it!). I also started eating according to the meal plan she sent, which made it so easy.

I am not exaggerating when I say that I felt improvements almost instantly. Within the first week, I felt like a new person. I wasn’t completely “cured” but I was well on my way.

It has now been almost 5 months since I contacted Maria. I am off meds for depression, I sleep so much better, and my anxiety is pretty much gone. I feel happier and more at peace now than I have in years.  My sleep still continues to improve. For me, that was the thing that took the longest to change. I went from sleeping about 4 hours a night and now I am up to between 7-8 each night. For me that is awesome!  I still hope to reach a full 8 hours or more on a consistent basis, and I think I will get there soon.

I would have to say working with Maria is the best money I have ever spent. Mentally and emotionally I am at the best place I have ever been in my life.  I am a better wife and mother in so many ways.  I didn’t realize how debilitating my anxiety and depression were until I started feeling good.  I wake up happy every day now!  I could never put a price on that. -Cami” 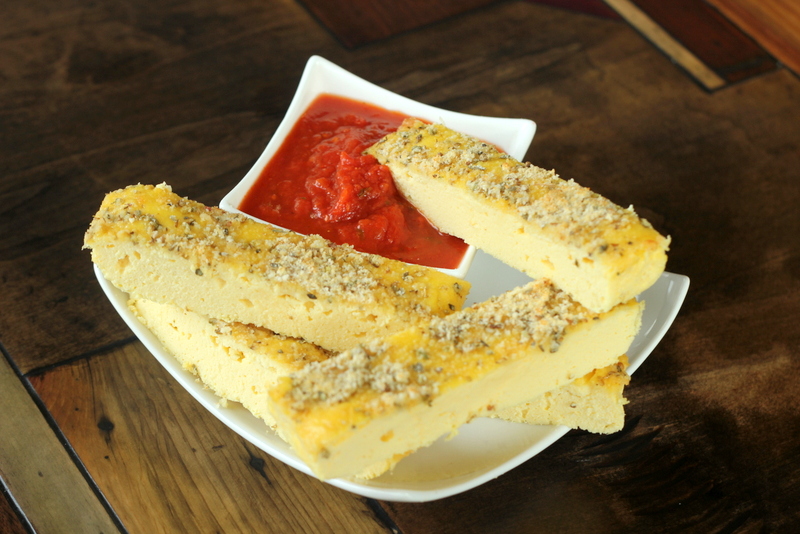 I grew up in the town where the first frozen pizza was invented, Tombstone Pizza! It started in a bar across from a graveyard. So I grew up on a lot of pizza. My favorite was the pizza sticks that you would dip in the sauce. Here is my “healthified” version without trans-fat.

Preheat oven to 375 degrees. Separate the eggs and add sour cream to the yolks. Use a mixer to combine the ingredients together. In a separate bowl, whip egg whites and cream of tartar until stiff. Using a spatula, gradually fold the egg yolk mixture into the white mixture, being careful not to break down the whites. Spray a lasagna pan with Olive oil spray and spoon the mixture into it. Bake at 375 degrees for 14 minutes. Remove from oven and top with mozzarella or Parmesan cheese and spices. Bake for another 5 minutes or until cheese is melted.  Makes 9 servings.