As “the skinny girl” my entire life it was a medical condition and the medications necessary for me to take for the rest of my life that packed on more than 50 lbs. in a very short amount of time at the age of 37 that led me places I had never been before. Although the medication was making me feel better, it was a different story when I looked in the mirror. I had never tried to be thin, i just naturally was, and it’s not like I wanted to weight 102 lbs on my 5’4″ frame, I always had a dream weight of 120. Something my doctor laughed at when I asked him how to keep some of my baby weight after I delivered my first baby, after all, being pregnant was the first time I actually got over 100#, something that had been a goal of mine since I was about 16. I know, poor thin girl … however, I was about to learn how body image affects so many aspects of a persons being, something I had never even considered. 20 days after starting my medication and I had already gained 27 lbs.

I was so shocked every time I looked in the mirror, I still expected to find my former self and seeing my friends visible reactions although they tried to be encouraging. I kept having to purchase larger and larger clothes and eventually peaked at plus 54 pounds. I had tried to “eat better”, you know, yogurt, fruit, vegetables, but in all honesty I am a bona fide, all out sweet tooth, always have been. Nothing seemed to help. My doctor and I decided to switch my medication to see if the side effects would alter. Hard to say if it worked, I didn’t change anything else, although eating my way across Australia on vacation did non add any weight. I took that as a good sign. Then I ventured back into the work force and was more mobile and managed to lose a bit of weight, about 10 lbs. But I still felt terrible, emotionally, physically, had the 3:00 “I’m so tired I could sleep the rest of the day” thing going on. 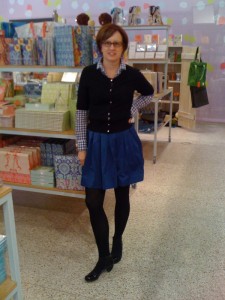 I had a couple of friends who started working with a nutritionist who were altering their lifestyles, but it sounded like an impossible plan, no sugar!! No gluten?? How could I live without dessert and bread, my life line? I happened to overhear a session my friend was having with this nutritionist and honestly, it sounded do-able. You could substitute healthy versions of sweeteners, not give them up completely. Might work. There were ways to make/buy breads that I could eat, who knew? I decided to buy the book and check into it. What I learned changed my life. I decided to go “all in”.

I scheduled a consultation with Maria (said nutritionist) attended her Healthy Metabolism Class and attend her grocery store shopping excursion. I could do this, no, I will do this. My family was in shock. I don’t think they gave me a chance, no sweets, no way. But I was determined. I did not eat one thing that wasn’t on Maria’s approved/recommended list. It definitely didn’t happen over night, but little by little, week by week I was losing weight. My clothes were starting to hang, people were taking notice. My goal … 120 pounds! Ironic right? My goal when thin and chubby was always 120!  I honestly don’t know where I found the strength to do it, except by following Maria. Her constant encouragement and knowledge educated me in an area I didn’t even know I needed to learn, after all prior to medication I could eat whatever I wanted. I no longer had the 3:00 afternoon energy dip, and generally had a better outlook on life. I’m not saying it was completely easy, there were challenges … what to order if we went out to eat? I eventually did reach my goal and I owe it all to this book and it’s author, Maria Emmerich. Thank you Maria

This recipe is in honor of Jennifer! She loves my ice cream! 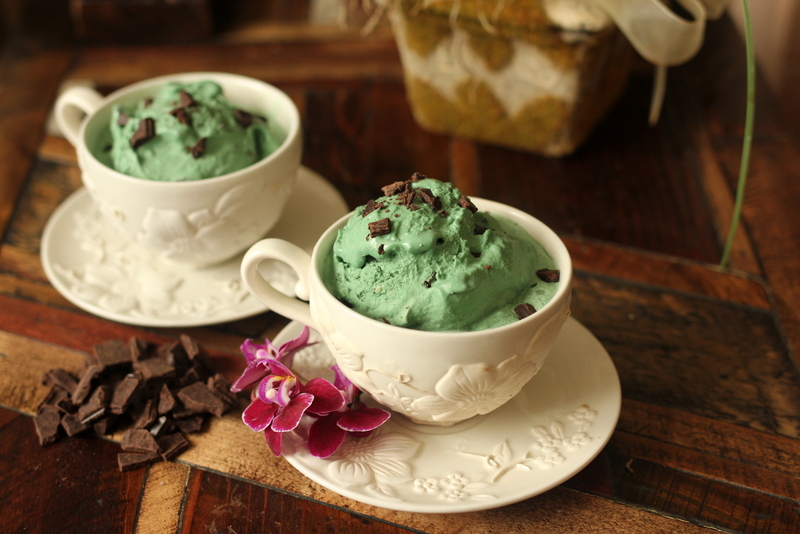 Food dye is what makes this ice cream green! The most common food that American’s eat isn’t even a food…it is food dye! Americans consume five times as much food dye as they did 30 years ago, according to the Food and Drug Administration. But the trend in other countries may be turning. British arms of General Mills, Kellogg, Kraft, Mars, and McDonald’s, for example, use few or no dyes. In Europe, their “FDA” is requiring any food item with dye have a WARNING on them! “May have an adverse effect on activity and attention in children.”

BUT, The green color of this ice cream comes from one powerful antioxidant…Matcha Powder. Matcha powder is the leaves of green tea! The health benefits of matcha powder exceed those of drinking green tea because when you consume matcha you ingest the whole leaf, not just the brewed water. Antioxidants are one of the biggest the buzzwords in nutrition; they are naturally occurring chemical compounds that prevent aging and chronic diseases. Most people’s minds go to blueberries or fruits when they hear antioxidants, but I’m here to tell you that fruits don’t even come close to the benefits of matcha! Tufts University discovered that matcha has an amazing 20 times more antioxidants than blueberries!

Not only that, but it is also great for: 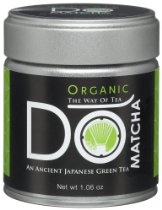 1. ACNE: If you’re looking for a free acne home remedy then you cannot beat matcha. Matcha powder has been shown to be as effective as a 4% solution of benzoyl peroxide without doing damage. It also rejuvenates dying skin cells; when exposed to the leaves of green tea, the old cells found in the upper layers of the epidermis appear to start dividing again. They make DNA and produce more energy and they are reactivated. So consuming matcha powder helps cleanse your system from the inside, but you can also rub the teabags over your skin to cure your acne fast without the detrimental side effects of prescription medications which have been found to increase depression and suicide.

2. ENERGY and ENDURANCE: In the past, researchers thought the energy boost from green tea was from the caffeine in matcha, but they found that it was actually the combination of matcha’s natural properties. It has been proven to increase physical endurance by 24%. This is most likely because of the natural rise in dopamine (things like aspartame are an excitotoxin which raises dopamine, but not without a cost…it over excites dopamine stores and causes depression; which is why you get addicted to diet soda). To read more on dopamine, check out my book: Secrets to Controlling Your Weight Cravings and Mood.

3. WEIGHT LOSS: Matcha boosts metabolism and burns fat. It has been found to help burn 4 times more calories! Just by drinking/consuming macha! Even cooler is that is it doesn’t raise blood pressure or heart rate like other scary weight loss products.

4. COLON HEALTH: The green color in matcha comes from chlorophyll; which is a powerful detoxifier and cleanser from the inside out. Chlorophyll eliminates metals and chemicals found in the liver and fat cells.

7. CALM ANXIETY: Even though it has caffeine, it also has the amino acid l-theanine, which promotes a state of relaxation and well-being by acting upon the brains functioning. Excess stress increases beta waves, causing an agitated state, where l-theanine creates alpha waves, leading to a state of relaxed alertness; this naturally increases dopamine without over-exciting them. L-Theanine is found in all tea, BUT matcha has 5 times more than black teas and other green teas. L-Theanine also helps learning and memory.

8. CANCER: Matcha also has a special, unique antioxidant called catechins, which are only found in green tea leaves. The main ‘superpower’ of catechin epigallocatechin gallate (EGCg) is that it is a potent cancer-fighter. The catechins basically counteract the damage done by free radicals that form in our bodies due to chemicals, metals, UV rays, pollution, and radiation, which causes DNA and cellular damage.*NOTE: If you consume alcohol and have a diet with trans-fat and sugar, you can eat all the matcha powder you want and it won’t reverse the damage. These benefits are best felt with an addition to a “healthified” way of eating. 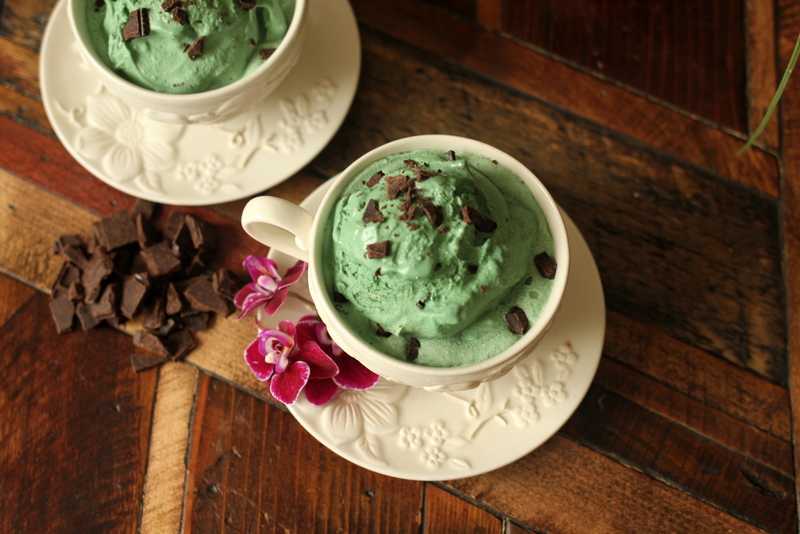