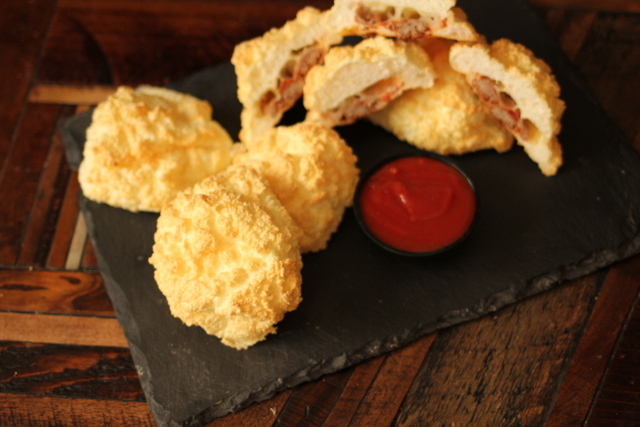 My friend Rebecca mentioned that she makes a “Cheeseburger Bun” for her family. Her traditional recipe is a flour and yeast bread, stuffed with hamburger and cheese. She tried the “healthified” recipe out with her family and the whole family loved it! Even my little sweetheart Trista liked it! Thanks Rebecca!

In a fry pan, cook the beef and onions. Add salt, pepper and spices. Set aside.

Preheat oven to 350 degrees. Separate the eggs. Mix the whites in a clean, dry bowl (it won’t work if there is water in the bowl). Mix in the unflavored whey. (Optional: using a spatula, gradually fold the egg yolk mixture into the white mixture, being careful not to break down the whites). Add in the onion powder. Place the “dough” on a greased baking sheet, top with ground beef and cheese, then top with another layer of “dough.” Bake at 350 degrees for 18 minutes. Makes 6 sandwiches.