While we were on a bike ride, my son Kai thought of his very own recipe for an electrolyte ice pop! He loves LMNT and knows how harmful Gatorade is all the food dye and sugar so he wanted to show parents and kids just how simple and delicious keto can be!

Too many kids are drinking Gatorade for energy during sporting activities but that drink has little to do with electrolytes and is just filled with harmful sugar, food dye and chemicals.

1. GATORADE ORANGE HAS A HIGHER GLYCEMIC INDEX THAN SODA: The Glycemic Index for Gatorade Orange is 89!  The GI for a soft soda is between 56-62!

2. A 20 oz. BOTTLE OF GATORADE ORANGE CONTAINS 34 GRAMS OF ADDED SUGAR! AS MUCH ADDED SUGAR AS THERE IS IN 13 HERSHEY’S CHOCOLATE KISSES.

3. GATORADE contains Food Dye: There’s good reason to cut the artificial food coloring. Becoming quickly bored with the routine and having a hard time focusing are classic symptoms. In an ADHD child, low levels of dopamine don’t allow the child to focus or attend to anything in the environment, looking very physically hyperactive due to their lack of focus. As dopamine levels in the brain begin to rise, we become excited and energized. If it gets too high, which usually happens with stimulations like MSG, food dyes and drugs, then the body becomes hyper-stimulated by our environment, becoming guarded and suspicious. With low levels of dopamine, we can’t focus while with high levels of dopamine our focus becomes intense to the point of focusing on everything as though it were directly related to our situation. Steering clear of these excitotoxins are your best defense for your family! 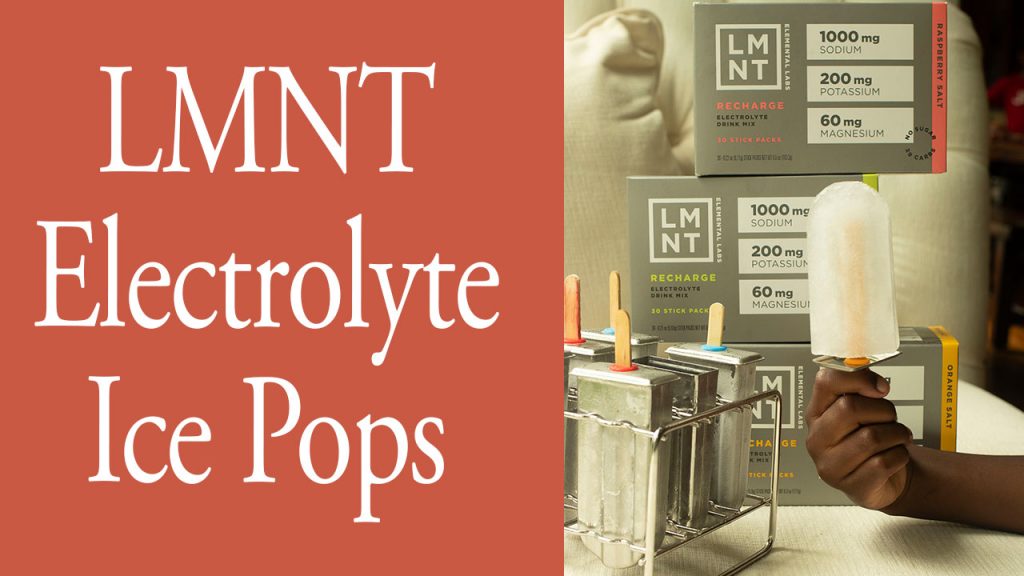 These refreshing electrolyte ice pops are zero calories and really helps stop the keto flu! And if you enjoy one before bed, the sodium really helps with sleep!

Did you start the keto diet and quit because of low energy, low moods and/or constipation??? Yep! The dreaded Keto Flu which I call “Carb Withdrawal” often causes people to think the keto diet isn’t right for them. Let me tell you what is really going on so you can have great energy and moods while you begin your keto lifestyle!

Adding in LMNT is VERY HELPFUL when you begin the ketogenic diet because it will help you combat low energy, low moods, constipation and headaches. Instead of adding in carbs for energy, you must think about your diet and energy differently.

Within the first two to four days of lowering your carb intake to below 20 total grams a day, you will start showing elevated blood ketones, which marks the start of your body utilizing nutritional ketosis (and lipolysis) and shifting its primary fuel source to fat. However, you might have issues with energy, moods, headaches, or other common “keto flu” symptoms. To combat the symptoms  of keto flu, you first must make sure to keep your water and electrolytes up; this is why salt (LMNT) is so important. When becoming keto-adapted, your kidneys release much of the salt (and associated water) that they hold onto with  higher-carb diets. You need to add more water, salt and electrolytes (LMNT) to ensure that you don’t get dehydrated. You also might want to reduce your workouts and activity levels during the first couple weeks.

A well-formulated ketogenic  diet requires getting enough salt, electrolytes and water.  That is why even my kids drink LMNT! It is an important part of becoming keto-adapted, especially in the first few weeks after making the switch to keto. If you do a carb-up, that will make  you retain water (carbohydrates make you retain water) but won’t fix the problem of electrolyte imbalance.  CLICK HERE for more on carb ups.

Even if adapting to a keto lifestyle doesn’t cause any obvious side effects, you need extra water and sodium. Eliminating packaged foods will likely deplete a lot of the sodium from your diet. This can cause constipation, headaches and low energy. The recommended foods for the keto diet don’t contain a lot of liquid, so you will want to drink at least half your body weight in ounces of water every day. If you suffer the fierce headaches that some people get when beginning a low-carb diet, or get constipated, add sodium (in the form of LMNT). 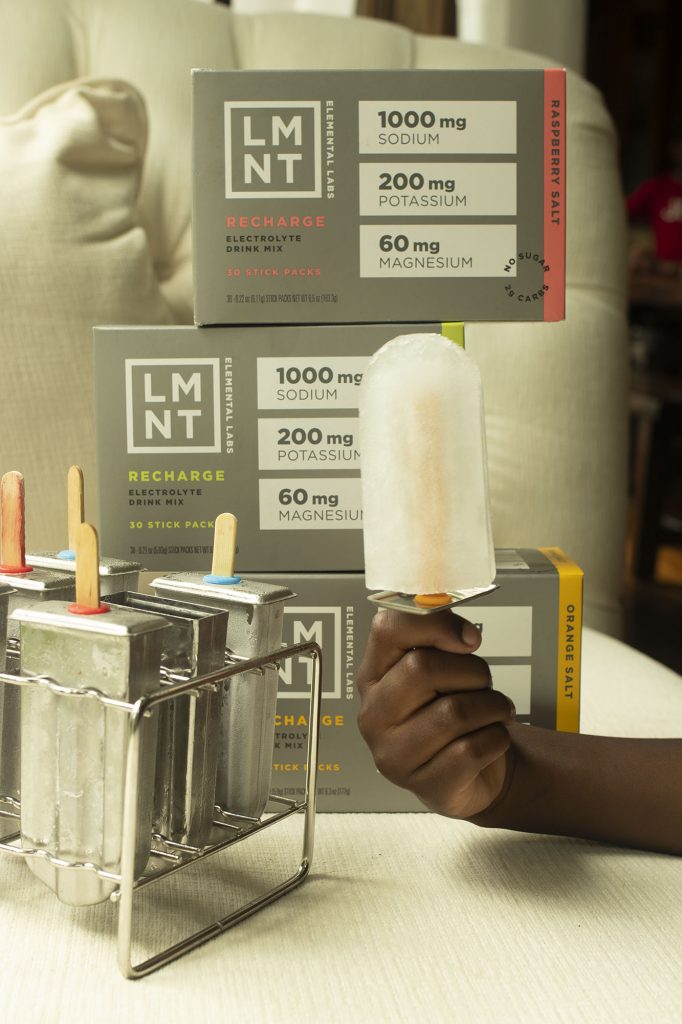 Kai wanted to record a video to show you how easy these electrolyte ice pops are!

Check out the video Kai did all by himself! Didn’t he do a GREAT job? 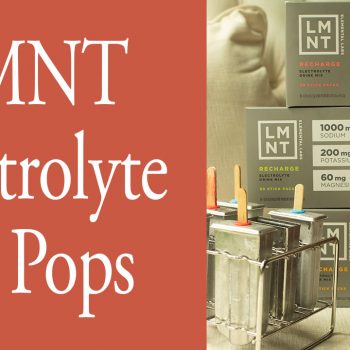