I had to write to tell you just how much you have changed my life. When i came to you for a consultation I was at the heaviest I had ever been in my life. I was depressed, and scared for my health. Seeing my Mom go through a stroke at age 57 , I guess you can say “scared me straight.” I had been checking out your blog on and off for quite a while before I finally decided that I HAD to make a change, and I felt compelled to seek out your help. I was nervous, scared, and excited. I had tried so many different methods of weight loss over the years that I wasn’t sure if this was going to work or not. Never in my wildest dreams did I think that my life would be transformed the way it has been because of all you have taught me. When I first met with you, we found numerous health concerns, besides being obese, I also had a high estrogen level, sinus issues, severe eczema, asthma, intense cramps during my period, episodes of severe heartburn, and gas and bloating.

Through all the changes you suggested, and all of your amazing support I am so thrilled to say all of these things have disappeared  and on top of that I have lost 60 pounds, and I am still losing! I feel incredible, and I couldn’t have done it, and keep doing it without you. Even after our month has been done you have continued to be my number one supporter. Whenever people ask how I am doing it, I sing your praises. Many have asked to see before and after photos of me, and when I finally agreed, I was in shock.  I knew I had lost the weight, but actually seeing it was unbelievable.  I will never let myself get that size again.  I not only feel great physically, but for the first time in my life I am happy and confident in my body, and I’m healthy!  You not only know what you are doing, you know what people need as far as caring and support. A million thank yous,

If you too want to start healing your body, click HERE for a consult.

With the right diet and supplement plan, you can feel like a new person! 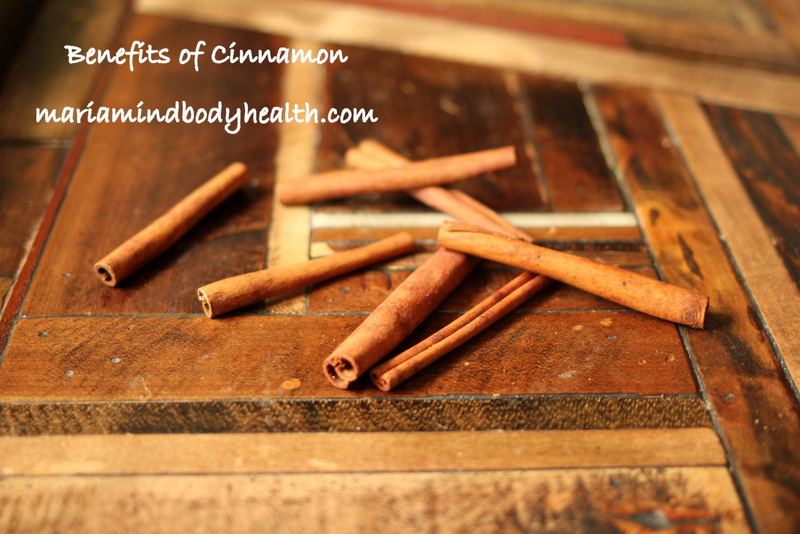 Do you like cinnamon? Cinnamon can reduce blood sugar levels and help combat insulin resistance, which are factors to help lose weight. The fat cells in your abdomen are particularly sensitive to high insulin levels, and are very effective at storing energy – far more so that fat cells you’d find in other areas such as the thighs. Abdominal fat cells are close to your digestive organs, and there is an large network of blood vessels circulating in the abdominal area, so it’s easier for fat cells to store excess glucose there. By consuming around 2 tsp of cinnamon a day helps with glucose metabolism and natural insulin production.Cinnamon can also…

2. Suppress the fungus associated with yeast infections and bacteria that causes urinary tract infections. It soothes the stomach

5. Excellent source of manganese, iron and calcium. The combination can help to remove bile, which prevents damage to colon cells and helps prevent colon cancer.

6.  Anti-inflammatory: Inflammation is the stem of all diseases.

“We’ve long known that atherosclerosis is an inflammatory disease. In the absence of inflammation or injury to the endothelial cell, the cholesterol would never go through the arterial wall and it would never stay there. – Dr. Dwight Lundell”[59]

7.  Helps control blood sugar levels, and can significantly lower LDL “bad” cholesterol, total cholesterol and triglycerides (fatty acids in the blood). A now almost famous study, was conducted by researchers from the US Department of Agriculture (USDA) in 2003 that showed that 60 people in Pakistan who had Type 2 diabetes, who ate 1 gram of cinnamon each day over a period of 40 days, experienced a significant decrease in their blood sugar levels, LDL cholesterol, total cholesterol and triglycerides.

We are all, in an evolutionary sense, predisposed to becoming diabetic. So I want to step you through how fat is stored, but more importantly this is how we become at risk for diabetes and heart disease:

1) After you eat excess carbohydrates, blood glucose stays higher longer because the glucose can’t make it into the cells of the muscles. This toxic level of glucose is like tar in the bloodstream clogging arteries, binding with proteins to form damaging AGEs (Advanced Glycated End-products) and causing inflammation. This high level of glucose causes triglycerides to go up, increasing your risk for heart disease.

2) Starch and sugar gets stored as fat (remember starch is just glucose molecules hooked together in a long chain; the digestive track breaks it down into glucose… so a sugary and a starch diet are the same thing!). Since the muscle cells aren’t getting glycogen (because they basically have a crust over the cells and are considered “resistant”), and since insulin stops the production of the fat-burning enzyme lipase, now you can’t even burn STORED fat! So workout all you want, if you continue to eat oatmeal before your workouts, you will never be a fat-burner, you will remain a sugar-burner and you continue to get fatter until eventually those fat cells become resistant too.

3) If that isn’t bad enough, I have more bad news…Insulin levels continue to stay high longer because the pancreas mistakenly believes “if a little is not working, more is better.” NOT GOOD. Insulin is very toxic at high levels, causing cellular damage, cancers, plaque build-up in the arteries (which is why diabetics have so much heart disease) as well as many other inflammation issues such as nerve damage and pain in the extremities. Starch and sugar destroys nerve tissue, causing tingling and retinopathy, which causes you to lose your eyesight.

4) Sorry, but I have more bad news…Our cells become so damaged after a life of cereal and skim milk for breakfast that not only does insulin resistance block glucose from entering muscle cells; the crust we have formed over our cells also blocks amino acids from entering. Amino acids are the building blocks for our muscles that are found in protein. So now you can’t even maintain your muscles. And if that isn’t bad enough, our muscles become cannibals because your body think there’s not enough stored sugar in the cells, so they send signals to start to consume valuable muscles to make more glucose (sugar)! You get fatter and you lose muscle.

5) Instead of feeling energetic after you eat, you are tired, and you crave more carbohydrates and since you have less muscle, exercise is getting too darn difficult, and the sad cycle continues.

6) But there is even more bad news… thyroid disorders also happen too. When your liver becomes insulin resistant, it can’t convert thyroid hormone T4 into the T3, so you get those unexplained “thyroid problems”, which continue to lower your energy and metabolism.

If you don’t want this to happen, there is good news! Here are some ways to avoid all of this:

1) Lower your carbohydrates. Not only for you, but your kids too! So they don’t end up so insulin sensitive like we are!

2) Exercise! Even walking after meals. Moving has a major impact on improving insulin sensitivity since muscles burn your stored glycogen as fuel during and after your workout. 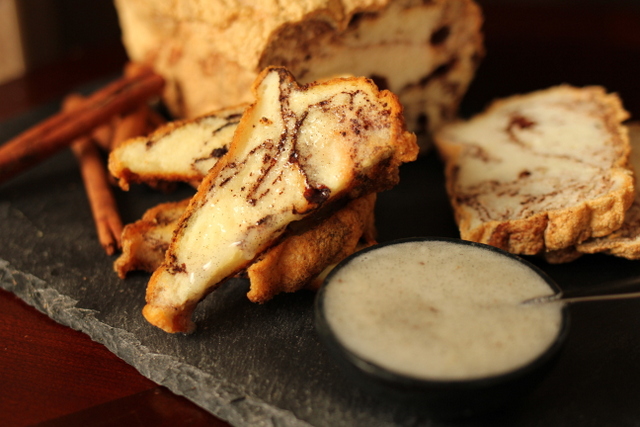 Craving bread? Here is a way to satisfy a craving without the guilt while shrinking your waist line!

I smeared my dairy free vanilla bean “butter” on my toasted slice! 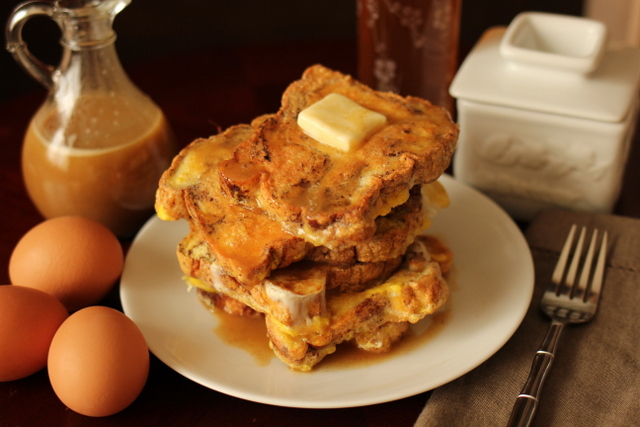