I’m reading a booked called Heavy, which is a memoir of a mother who is helping her young daughter lose weight. Well, I should be honest…I’m not reading it, Craig is. After 12 years of marriage, Craig still reads to me before bed. I suffered from insomnia before I realized I was deficient in a few things (including magnesium, which is no surprise considering what my diet was! It takes 54mg of magnesium to process 1 gram of sugar or starch! No wonder magnesium is the most common deficiency! So before I added certain supplements for sleep, Craig read to me to help calm me down and he continues to do so, even though my sleep issues are gone.

Anyway, in the book, she writes about how at school, they have stations. One of the stations is a “snack station” (which her daughter spent most of her time at). Really!? Craig and I remember getting in trouble if you ate in class. What are your biggest hardships when it comes to your kids eating healthy?

I can’t believe the responses I received when I posted this question on Facebook! Here were some shocking responses:

1. Grandparents! They all live locally (meaning they are around them almost daily) and think eating real food is an obsession of mine I’m trying to punish my kids with.

2. Honestly, the PTA is our biggest obstacle. Several times a month, the students have the opportunity to get or buy food as a PTA fundraiser-nachos, pizza, ice cream, even the “waste free lunches” from Whole Foods aren’t something I would choose for my kids. My son has food allergies so we eat mainly from home regardless. I’m not really worried about my own son’s healthy eating. However, I don’t think “we” as a school community get to talk about childhood obesity when we are allowing so much crummy food weekly in school. It’s so hypocritical.

3. Once my daughter hit middle school, she could eat the hot lunch or order from the a la carte menu-burgers, fries, pizza, nachos, etc. I made a deal that I would give her $20 per month for hot lunch. Whatever she didn’t spend she could keep. She hasn’t bought hot lunch since 5th grade. (She’s now in tenth.) best money I ever spent.

4. The school giving me a list of “approved snacks” that includes skim milk, fat free sugar free pudding and pretzels…it’s going to be a long year.

5. I have joint custody with my ex. When my daughter is with me, she eats 80% of the time grain free sugar free. When she goes to her dad’s, he feeds her easy processed food. She has to be gluten free due to celiac, but that is the extent. He sees cooking from scratch as too expensive & time consuming, despite his degree in exercise physiology & his family history of issues with thyroid, diabetes, blood pressure, & cancer.

6. Food that is offered at grandparents’ and friends’ houses…my oldest (10 years old) is getting better at making smart decisions when faced with food choices, but it’s still hard for her and practically impossible for my 6-year-old. 7. It really bugs me that in my kids’ schools they have banned homemade treats. All treats (like for birthday celebrations) have to be processed, store bought.

8. I am a teacher and I would say the choices on the school menu. Pizza, pizza and more pizza!

9. My daughter is going into her junior year and we have been eating this way since she was in 3rd grade. I can say from elementary school all the way through high school food is still used as a reward. Her good behavior has one her several pizza parties and ice cream parties that she cannot attend. Her freshman year in cooking class her teacher was so rude to her and would tell her a few bites of whatever they baked wouldn’t kill her. Lots of peer pressure and questions all along the way. Our best year was 6th grade because her teachers father was a celiac so he understood. We have never been able to have her eat school lunches.

And that was just a few of them! The theme of the answers were the same, school, grandparents, relatives…shouldn’t those people want your kids to thrive too? 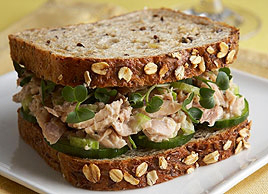 Doesn’t this looks like a “healthy” sandwich to send to school? We all know that we need to stay away from sugar, but “whole grain” bread is high in sugar, higher than some candy bars and sugary sodas, and some scientists have proven that two slices of whole wheat bread will raise your blood sugar levels as high as if you were eating a candy bar. Why does it take the mainstream media so long after a new study to report health benefits? BECAUSE they would lose all their advertising! I had to sign a waiver when I would be on TV that I won’t bash whole grain or cereals…they didn’t want to lose their advertisers! It’s truly shocking. According to the Life Extension article, eating two slices of whole wheat bread is worse than drinking a can of Coke or eating a candy bar. The original 1981 study at the University of Toronto found:

That means the Glycemic Index of whole grain bread is higher than that of table sugar, which is also known as sucrose. For you “gluten free” readers out there…rice cakes are listed on the Glycemic Index at 77! This is why when people go “gluten free” and grab a lot of packaged “gluten free” items at the store, they gain weight rather than lose weight. This is why I write in the beginning of my cookbooks why I use flours like coconut and almond flour. It is important to not only get rid of the gluten, but stop the inflammation that the starch is causing so the gut can heal!

Click HERE to find some healthy ideas for school lunches! 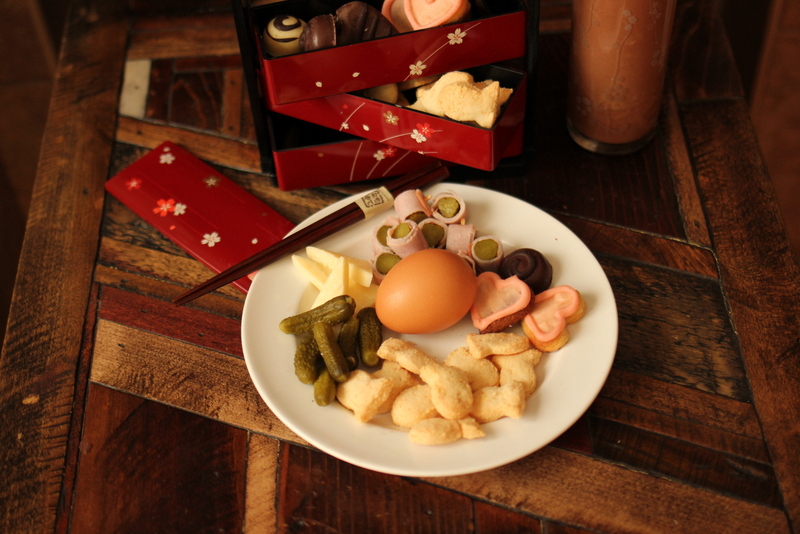