“I am 42 years old and have been morbidly or super morbidly obese for 30 years.  When I was 11, I weighed 176 pounds and remember being very upset about it…that is when I started trying to lose weight.  For thirty years I tried numerous things to lose weight…and each time I did lose a little weight…about 40 pounds usually…then I plateaued after about a month to six weeks…then invariably I started to gain weight.  This weight gain happened while I was still working hard to lose weight…still eating low fat and low-calorie foods, exercising, being hungry most of the time, and craving food all of the time.  I know people thought I just wasn’t trying hard enough…I was cheating on my diet or not exercising enough…but I was doing everything I was supposed to…well, everything I was told I was supposed to do to lose weight.  So, I thought…if I am miserable, hungry, and gaining weight…why not just eat what I want, be happy and at least not gain weight?!?!?  Then I would feel guilty about ‘not trying’…giving up…so I would go at it again…completely committed and think “this time it’ll be different…I can do it this time”!  But just as before…success was short-lived and temporary…after years of this I just felt like a failure…what’s wrong with me?  …why can’t I lose weight…maybe it’s my thyroid…my metabolism…my genes…maybe I’m just a loser…I was 41 years old and had come to the end of my rope…I had resigned myself to the thought that I would be 360 pounds the rest of my life…using a seat belt extender, ordering my clothes online, feeling guilty every time I ate anything, and being uncomfortable in most places I went.

About a year before I reached this point my Dad told me about Maria as well as The Wheat Belly book…I had a little interest but not much…how could eating more fat and less fruit and grains be effective?  It couldn’t.  Dad lost a lot of weight…which I somewhat dismissed as…”I’m sure it’s unhealthy…or short term…men lose weight easier than women…etc.”.  He kept talking to me about it and recommending I at least try it…I was tired of trying and failing though…I didn’t want to try anymore.  But after a little while I was inspired so I decided to give it one more shot…I went to a weight loss clinic to sign up for appetite suppressants…which I was provided along with counseling on eating right and exercise…lots of whole grains, fruit, fish and other lean protein…very low fat and low calorie.  I went back weekly to weigh in and lie about what I was eating…when asked if I was sticking to the diet I said yes but I wasn’t.  I was following Maria’s advice instead and for about 7 weeks I continued with the clinic weigh-ins and appetite suppressants…losing almost 45 pounds in that time but I knew how dangerous the drugs were and so I stopped taking them after that 7 weeks but continued with Maria.  After 8 ½ months I lost 150 pounds, I am down to 210 pounds…less than I weighed in the 7th grade!  (As a side note a few people who started the weight loss clinic at the same time as I did…and followed the eating plan they were given including continuing with the drugs for over six months…lost weight for a few weeks but unfortunately have gained that back at this point.)  After all the years of struggling, feeling like a failure and being miserable…this lifestyle has been almost easy…the transition was a little hard in the beginning but the last six months have been a delight!

This has changed my life…I never thought I would lose weight…I had given up.  When people ask how I lost weight and I begin to explain…I always get the looks…then the criticism…” well that can’t be healthy…you know fat is bad for you…you need whole grains…the fruit is natural how can that be bad”…etc.  But it makes me a little angry that there is a real solution available for weight loss and people are still struggling…and that I struggled so long when it doesn’t have to be that way…and, worst of all we are still getting the ‘mainstream’ lies shoved down our throats. I still have weight I would like to lose but I now look forward to each day…I love that I can actually live now and not be a prisoner of my weight and a slave to the addiction of food.  I started in size 34 pants and size 5X/6X tops…I am now in size 16 pants and size XL tops…’regular people’ sizes…lol.” Candi 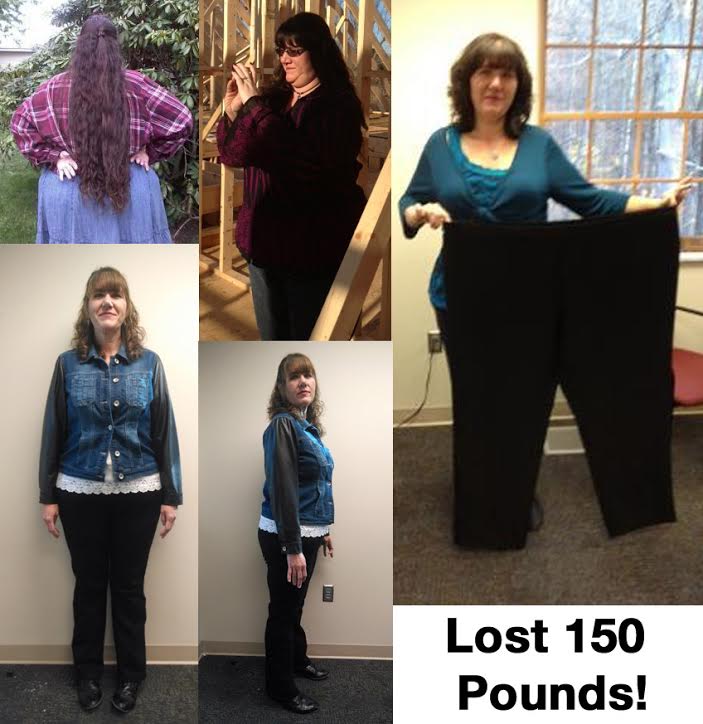 DIET does NOT mean Deprivation!
Click here to get started on your path to health! 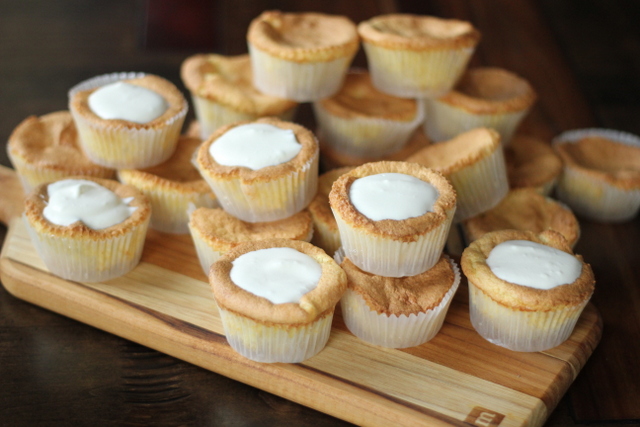 In a small bowl, beat egg whites until soft peaks form. Gradually add the remaining 1/4 cup erythritol. Beat until firm but not dry. Fold egg whites into yolk mixture. Pour into prepared pan. Bake at 350 degrees F (175 degrees C) for 45 to 50 minutes or until a cake tester inserted into the middle comes out clean. Allow cooling 10 minutes. Loosen edge of the cake with a knife before removing the side of the pan. Cool cake completely; place on a deep serving plate. Use a two-prong meat fork or cake tester to pierce the surface of the cake.

Mix together coconut milk, 1 tsp stevia, almond milk and 1/4 cup of the whipping cream. Discard 1 cup of the measured milk mixture or cover and refrigerate. Pour remaining milk mixture over cake slowly until absorbed. Whip the remaining whipping cream until it thickens and reaches spreading consistency. Frost cake with whipped cream. OPTION: Crumble the cake and serve as a “pudding cake.” Makes 8 servings.

Plan Plan Plan is the key to success

Recipes like this can be found in my cookbook…Yes, I even have dessert recipes in The Art of Healthy Eating Slow Cooker! One trick that works for our family is that Craig helps clean up after dinner, while I prepare dinner for the next night. I often fill my slow cookers with a main dish, side dish and dessert (yes, I have 3 beloved slow cookers). Then in the morning, all I have to do is take the slow cooker shell out of the fridge and turn them on. That takes so much stress and anxiety out of my day!

To get over 300 slow cooker recipes, check out The Art of Healthy Eating: Slow Cooker, click HERE to order.

My favorite slow cooker is $40 off today! Click HERE to find.

Happy Eating! Thank you all for your love and support! 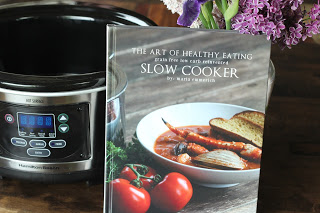 Healthy estrogen from our ovaries gives women ample curves, attractive breasts, and youthful skin. However, estrogen from our fat cells and external sources causes too many curves or you might say ‘bulges,’ mainly in the belly area. Farmers have known this for years. They use a little synthetic estrogen to fatten their cattle. But women say to themselves; “I don’t take any form of estrogen. Why do I have too much?” The sad truth is that estrogen comes from our food choices. Excess bad estrogen can come from:
Our bodies make more estrogen when we eat too many processed carbohydrates. Insulin, the master hormone, is secreted from the pancreas in response to sugar and processed carbohydrates. Insulin stores fat and also causes our bodies to make more unhealthy estrogen.

1. Pesticides: Non-organic produce and coffee contain pesticides which are xenoestrogens. This would include herbs and spices.

2. Non-organic meat and poultry: Today, more than 80% of the cattle are raised by using such artificial hormones that help to increase their growth rate as well as the body mass. These hormones are Zeranol, Estradiol, Testosterone and Progesterone, Melengestrol acetate and trenbolone acetate. Zeranol and estradiol can cause some serious health problems. These hormones in food products can lead to severe health problems including ovarian cyst and cancer.

3. Soy consumption: Soy contains “isoflavones” which are changed in the body to “phytoestrogens,” which are similar to the hormone estrogen.

4. Alcohol: Alcohol causes a quicker aromatization of androgens into estrogens, which explains why men who are heavy drinkers often get gynecomastia (enlarged breasts) over a period of time. A “beer belly” isn’t really a beer belly, it is an “estrogen belly!”

5. Plastics and microwaves: Make sure to never microwave in plastic or drink from plastic water bottles.

6. Topical products and soaps: Even common soap can be estrogenic, everything you put on your skin gets absorbed into the bloodstream too.

Unlike some of the things you may have been told about the benefits of soy during menopause, I am not going to recommend it. Soy is damaging in too many ways and actually increases estrogen even further. Soybeans have a couple of issues.

1. One problem is phytic acid, also called phytates. This is an organic acid (found in the hulls of all wheat) which blocks the body’s ability to absorb minerals like calcium, magnesium, iron and especially zinc.

3. Soybeans also contain a clot promoting substance called hemagglutinin, which causes red blood cells to clump together. These blood cells are unable to absorb oxygen for distribution to the cell’s mitochondria (this is how we burn fat when we exercise) and is detrimental for cardiac health.

4. The trypsin and hemagglutinin are “growth depressants.” Which is why soy formula is so bad for babies. So, instead of soy, let’s look into a different formula for menopause.

Let’s discuss how low healthy estrogen affects menopausal symptoms. A well-formulated keto-adapted diet works for menopausal symptoms by replacing glucose that’s lacking from the estrogen-deprived brain. When glucose can’t get into the brain, it causes hot flashes and low cognitive function, two common complaints of my clients going through menopause. Ketone bodies are water-soluble fat breakdown products that can pinch hit for glucose in the brain and other tissues.

Ultimately, you want to use fat to fuel you’re your body instead of carbs. Carbohydrates promote inflammation and lead to hormonal imbalances that further intensify symptoms. Women who are already in menopause and halt the detrimental symptoms with a well-formulated keto-adapted diet often see a regular menstrual cycle return, less belly fat tissue, along with increased libido.

So, if you need to indulge, try this treat that will keep your blood sugar under control. 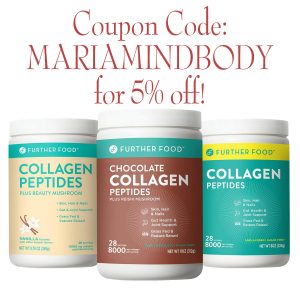