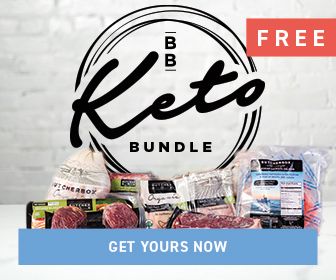 Most of you know I despise wasting time driving to the store and waiting in line with florescent lights shining down on me when I could be out enjoying life! That is why I get food mailed to my front door! I love that I can look into my freezer and pick something delicious out to have for meals!

That’s right NATIONAL KETO DAY is on 1/5 and we are celebrating big by bringing back the Ultimate Keto Bundle.  DO NOT MISS THIS AMAZING DEAL from Butcherbox!
The Details: 🥓 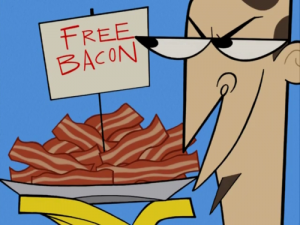 Click HERE to get this special offer from Butcherbox! 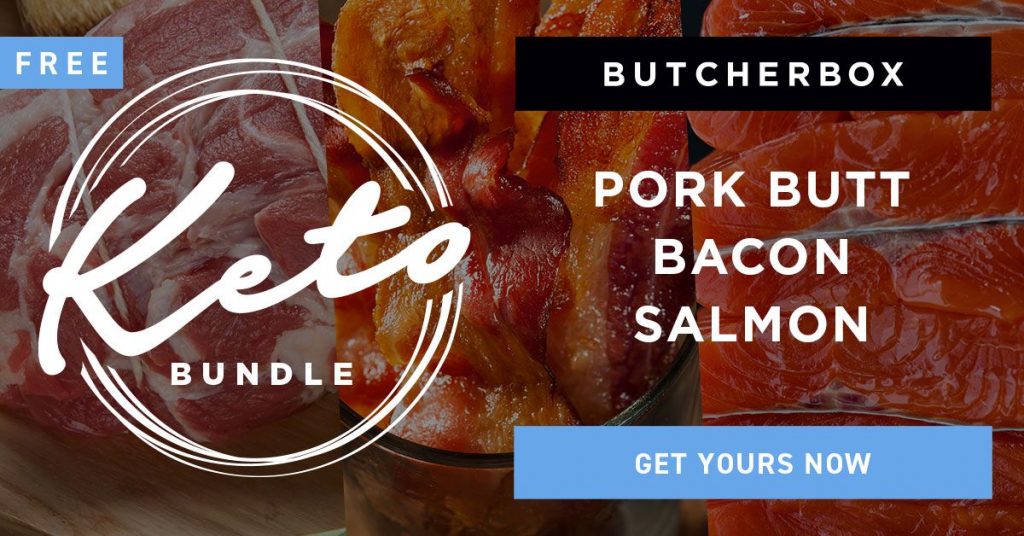 “I have been overweight since second grade. In fifth and sixth grade my parents took me once a week to a children’s weight loss clinic, where group weigh ins and talk therapy were the order of the day. I was an active kid, I was on the swim team and I showed horses, it wasn’t a lack of exercise. By the time I graduated high school I was wearing a size 22/24.

Food has always symbolized love in my family, cooking for someone was how you showed you cared about them, this philosophy led me to culinary school and the hospitality business. When I graduated from college in 1991, I was a size 28. You’ll notice that I know what size I was, but I do not know what my weight was because there was no way I was stepping on a scale.

Over the years my doctor and I had countless conversations about me needing to lose weight, I was put on blood pressure medication when I was 30 and put on antidepressants a year later. Around 35 I was diagnosed with Hashimotos. After the Hashimotos diagnoses I put on more weight, I was up to a size 32. In the Fall of 2016, my doctor talked to me about Metformin. He gave me a prescription that I did not fill until February of 2017. When I saw him in June of 2017, he told me that we needed to talk about insulin, I was 420 pounds.

As someone who has a life long phobia of needles this completely freaked me out. The doctor did get me to at the least test my blood sugar twice a day, I asked him to give me three months. I knew about Keto because I husband had found it when I found out about having Hashimotos. He had done some research but all I had heard back in 2005 was no pasta, no bread and thought no way. Mid July of 2017 I challenged myself to go two weeks without bread or pasta (sweets had never been my thing, I knew I could live without them). After two weeks I felt ok and my blood sugar was a stable 98.

At this time, I was Googling Keto like a mad woman and reading everything I could find. That is when I came across Keto Adapted. As someone who works in the food business, I have used and written countless recipes, I am very critical of recipes. When a recipe is poorly written it upsets me, there is nothing worse than a disorganized recipe. Maria’s recipes were impressive! Not only were they not fussy, they worked, made since and more importantly tasted fantastic. On August 21st of 2017 I jumped into Keto full on and have not looked back since. In the first three months I lost 35 pounds, enough for my doctor to say I did not need the insulin (yet). At six months in doctor took me off metformin, and the antidepressants. At nine months in I had lost just shy of 100 pounds, and my doctor cried.

August 21st of 2019 was my two-year Keto anniversary, I have lost 206 pounds and am 20 pounds from goal. Doctor took me off the blood pressure medicines and now the only thing I am still taking is for the Hashimotos, and I am working to get off of that now. I’m now in a size 14/16, I actually bought a size 12 dress the other day, because it fit! I have not worn a size 14/16 since 6th grade.Maria has helped me greatly while I have been on this journey, I live in Wisconsin and have been lucky enough to have met her in person now 5 times. Every time I see her it amazes me that she remembers me, her warmth and joy inspire me to continue on with my journey. My only regret is that I did not find this way of eating sooner, before I had both knees replaced because I though that was the only way I would find relief from the pain.

Thank you, Maria, from the bottom of my heart, Meredith” 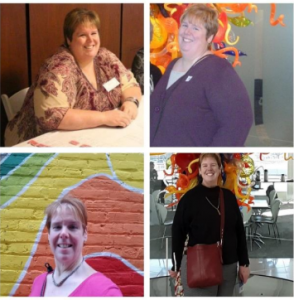