“My story begins with my three year old son and his journey through cancer. Our family had already discovered the “Maria Way” a few years ago but we had not fully put it into practice. A little over a year ago, tragedy hit when we discovered our little 3 year old boy had a five pound cancerous tumor attached to his kidney. After major surgery and a five day hospital stay, we knew we needed to change our nutrition. If there were ever a time for taking drastic measure it was then. We consulted with Maria and cleaned out every ounce of sugar and grains from our house.

Our young family of four all adopted a new way of eating, a new way of life. Since I have such a loving committed wife who took care of most of the cooking, you could say I was more or less along for the ride. I was surprised to find that this journey had many unexpected benefits right from the start.

When we began eating the “Maria Way,” I weighed in at over 200 pounds. Just a few months later I had lost just over 40 pounds. I have had multiple knee surgeries and suffer from arthritis and joint pain, however since we kicked the grains and sugar I have little to no soreness ever. Stairs were and issue are no longer are. I sleep through night regularly now and my energy level is through the roof. You could say the kids also had this same benefit!

Though this way of eating (menu planning/prep work/etc) can be difficult at times it has brought our family together in love, and in the kitchen! Our son has been doing fantastic with perfect check ups. Our family has been learning about new foods and how to be betters cooks and could not have done it without Maria’s help. Thank you, Joe”

To get started on your path to health, click HERE. 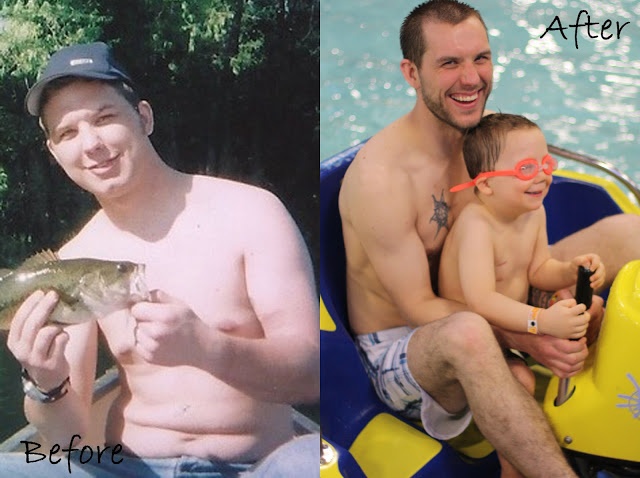 Why are the rates of cancer going up? In 1840 the average American consumed 2 tsp of sugar a day…in 2011, a typical American consumes over 63 tsp of sugar PER DAY! Cancer LOVES glucose! This is why we test cancer patients by having them drink a “glucose” mix and watch what cells consume the glucose the quickest (cancer is the fastest). So you think, “Sure, just cut out the glucose from our diet.” BUT most people don’t understand where all the glucose is coming from. It isn’t just the sugar. “Complex carbohydrates” are structurally just glucose molecules hooked together in long chains. The digestive track breaks it down into glucose. So a sugary and a starchy diet are pretty much the same thing. So in essence a bowl of oatmeal, skim milk and a banana is just a huge bowl of sugar. For about 5 years now, German doctors have been testing cancer patients in a clinical study of a surprising prescription…fat. Their patients are on a ketogenic diet, which eliminates almost all carbohydrates and sugar, and provides energy only from high-quality fats.

A well-formulated ketogenic diet has an intense and fast effect on cancer. All of your body’s cells, including cancer cells are fueled by glucose. Conversely, cancer cells have one huge mortal flaw; they do not have the metabolic adaptability to be fueled off of ketones, but your healthy cells can thrive on ketones. Therefore, since cancer cells need glucose to thrive, and carbohydrates turn into glucose in your body, then cutting out carbs literally starves the cancer cells.

You are thinking…”this sounds completely opposite of the ‘raw food’ juicing cancer diets, I have been reading about!” BUT this scientific evidence dates back more than 80 years. In 1924, Nobel Prize winner Otto Warburg published his observations of a common feature he saw in fast-growing tumors: unlike healthy cells that can get energy by metabolizing sugar in the mitochondria, cancer cells appeared to fuel themselves only through glycolysis, a less-efficient means of creating energy through the fermentation of sugar in the cytoplasm. Warburg believed that this metabolic switch was the primary cause of cancer, a theory that he was unable to prove before his death.

If most aggressive cancers rely on the fermentation of sugar for growing and dividing, then take away the sugar and the cancer can stop spreading. Meanwhile, normal body and brain cells switch to generate energy from fatty molecules called ketones, the body’s main source of energy on a fat-rich diet.

One theory that mistakenly sticks with cancer patients is that diet can influence our pH balance. Tumor cells release lactic acid as a by-product, and this became known as the alkalinity-acidity theory. This created a number of books that wrongly encouraged alkaline diets for preventing and curing cancer. In reality, cancer cells are a bit more acidic just outside their boundaries than inside due to the expelling of lactic acid. Trying to control the pH in your body appears to not be helpful. Not only does the absence of acid in the gastric tract and bladder establish an environment that is favorable to tumor growth, the control of pH is automatically controlled in a neutral range of 7.2—7.4. Our diets have been proven to have little to no effect over the pH of the blood.

A ketogenic diet is helpful for cancer patients for many reasons. For one, it decreases the buildup of lactate, which helps control pH and respiratory function. A myth of low carb diets is that it puts you in a state of ketoacidosis. “This stems from the unfortunate fact that many doctors confuse nutritional ketosis (blood ketones at 1-3 millimolar) with keto-acidosis (blood ketones greater than 15 millimolar). In nutritional ketosis, blood pH at rest stays normal, plus sharp drops in pH due to CO2 and lactate buildup during exercise are restrained. By contrast, in keto-acidosis, blood pH is driven abnormally low by the 10-fold greater buildup of ketones. Suggesting these 2 states are similar is like equating a gentle rain with a flood because they both involve water.” (pg 35 of The Art and Science of Low Carb Living). 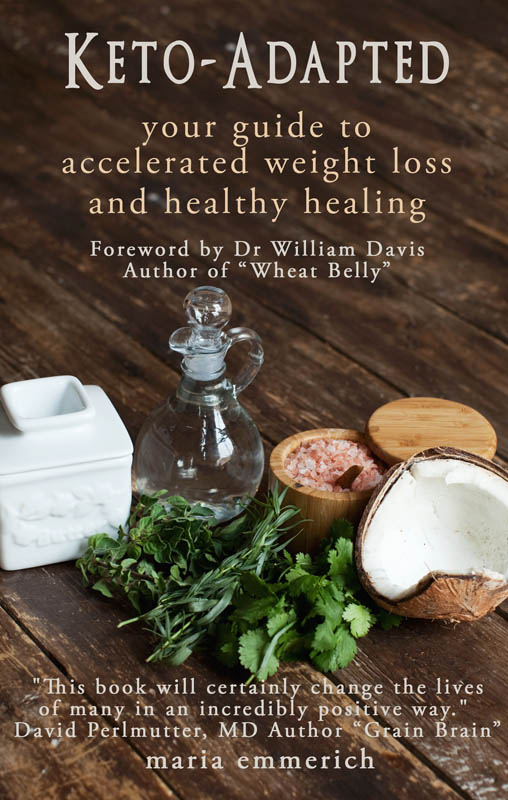 A ketogentic diet doesn’t damage our immune system and less free radical damage in our cells compared to a high carb diet. Free radicals are highly reactive molecules produced in the mitochondria that damage protein tissues and membranes of the cells. Free radicals happen as we exercise. But ketones are a ‘clean-burning fuel.’ When ketones are the fuel source, ROS (oxygen free radicals) is drastically reduced. Intense exercise on a high-carb diet overwhelms the antioxidant defenses and cell membranes which explains why extreme athletes have impaired immune systems and decreased gut (intestinal) health. A well-designed ketogenic diet, not only fights off these aging free radicals, it also reduces inflammation of the gut and immune systems are stronger than ever.

To read more on the healing benefits of a well-formulated keto-adapted diet, click HERE to find my new Keto-Adapted ebook.